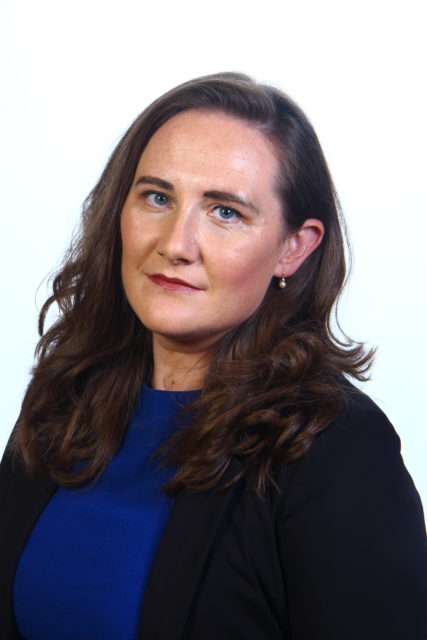 Iverna McGowan is Director of CDT’s Europe Office, and an advocate for ensuring international human rights standards are at the core of law and policy related to technology. At CDT, Iverna leads the Brussels-based Europe team that works to put human rights and democracy at the center of the European Union and its member countries’ tech policy agendas.

Prior to joining CDT, Iverna served as a Senior Advisor to the UN Office of the High Commissioner for Human Rights. She led the work on protecting online civic space and human rights and technology more broadly for the European Regional Office. She was also the focal point on the rule of law and offered recommendations for the EU’s new rule of law mechanism.

Iverna previously served for seven years as the Executive Director and Advocacy Director for Europe at Amnesty International’s European Institutions Office. Under her leadership, the office led and won a number of significant campaigns on human rights. On account of this human rights advocacy she was listed by Politico in 2017 as one of the most influential women on EU policy and law making. At the European Parliament in 2016, she accepted, on behalf of her team, the Sinti and Roma European Civil Rights Prize for the office’s groundbreaking work in strategic litigation under the EU’s Race Equality Directive. She also served as the organisation’s international spokesperson on EU affairs.

Iverna has also worked at the Irish Department of Foreign Affairs and, before embarking on a career in the public sector, headed up a team at the French IT, web infrastructure, and services company Groupe Open.

Iverna serves on the EU Board of the National Resource Governance Institute and is a previous board member of Transparency International’s EU Office. She was also elected by civil society peers in 2017 to the advisory panel of the EU Fundamental Rights Agency. Iverna also founded her own consultancy which supports civil society leaders, and conducts human rights research and policy analysis.

She holds a B.A. in European Studies from Trinity College Dublin and an LL.M from Maastricht University’s School of European Law, where she was awarded a scholarship for having graduated as a top three percent scholar. She is a frequent commentator on human rights, EU foreign policy, and gender equality, and has contributed to pieces by Euronews, CNN, BBC, RTE, and Reuters.