This is the first in a series of CDT posts exploring the ways in which society’s relationship with technology has changed since the coronavirus pandemic began last year.

A year ago, every child in America was sent home from school. But when it came time to rejoin their classes online, millions of students couldn’t connect because they lacked access to reliable, affordable internet connections and devices.

This problem, sometimes called the Homework Gap, is part of a larger issue: tens of millions of Americans don’t have access to broadband. The COVID-19 pandemic didn’t cause this problem, but it focused a spotlight on it. More than ever, we now see the importance of reliable, high-speed connectivity for everyone. Many who did have access were able to transition their lives, work, and education online. But everyone who couldn’t connect was cut off, left out, and fell even further behind—separated from many parts of society by the digital divide.

Unfortunately, there are no quick fixes to this problem, and until recently, many viewed internet access as a luxury, not a necessity. On top of that, the Federal Communications Commission (FCC) disavowed its strongest sources of authority over broadband providers in 2018, leaving it with few options for immediate corrective actions. So while students resorted to whatever public Wi-Fi options were available, including parking lots of fast food chains, the pandemic caused more people finally to recognize the obvious—that reliable and affordable internet access at home is an essential part of modern life.

Facing this truth forced the FCC and Congress to at least try to do something. Because the FCC had relinquished its authority over broadband, it could only ask internet service providers to voluntarily commit to then-Chairman Pai’s “Keep Americans Connected Pledge.” While this promised temporary relief, it offered little help to those without an internet access account. Congress followed suit by allocating parts of the CARES Act toward subsidizing internet access and funding projects to connect more people.

These emergency measures were helpful, but were not designed to address the root causes of the digital divide, such as the economic and competitive dynamics of building and operating physical networks combined with centuries of systemic geographical segregation. Most of the areas that lack internet access do not offer commercial network operators a likely prospect of recouping their costs and making a profit. There are simply not enough customers (especially in rural areas) or prospective customers cannot afford the high rates (particularly in low income neighborhoods).

Simply put, the broadband industry has already built networks in most of the places where returns on investment look good, and is unlikely to build or upgrade without government incentives. Again, these are not new problems, but the pandemic has made it painfully clear that we must solve them without further delay.

If there is a silver lining to the pandemic’s exposure of massive market failures and inadequate government intervention, it is this: We have begun to see the digital divide for what it is—an inequitable barrier to participation in society and a drag on the economy and social progress—and have begun to prioritize ways to address it.

Federal and state governments have been working on this for decades, but they do so now with renewed interest and broader bipartisan agreement on at least two points: that everyone benefits from having reliable broadband at home; and that the government must play a part in expanding broadband access and promoting its affordability.

For example, the stimulus bill passed by Congress in December allocated $7 billion to a suite of broadband initiatives, including $3.2 billion for the Emergency Broadband Benefit Program the FCC is currently implementing. The House is working to pass the Accessible, Affordable Internet for All Act (a companion bill has been introduced in the Senate), which would dedicate $100 billion “to build high-speed broadband infrastructure in unserved and underserved communities to close the digital divide and connect Americans to ensure they have increased access to education, health care, and business opportunities.”

And the Senate will hold a hearing next week to explore whether federal programs are making progress toward delivering connectivity to all Americans.

But the efficiency and success of these programs depend on knowing where broadband networks do and do not exist so that funding can be directed to areas most in need. That’s why many experts insist that our current maps and mapping processes must be improved before spending billions of dollars and that robust oversight and accountability mechanisms must be included to ensure that subsidized projects meet their commitments.

Finally, broadband must not only be available, but affordable, to everyone. Efforts to improve existing subsidies, like the Lifeline and E-Rate programs, and to update the larger mechanism that funds them, the Universal Service Administration, have regained some momentum this year, but much work remains to be done. As we’ll discuss in a later post, policymakers should also strive to protect the privacy and security of internet users, with special focus on the privacy of students and teachers as they close the homework gap.

The digital divide will not close on its own, so let’s continue the momentum we’ve generated through the harsh realities of the pandemic and convert it to real progress to bring broadband to all Americans. Consider it a long-overdue, long-term investment in ourselves as a nation. 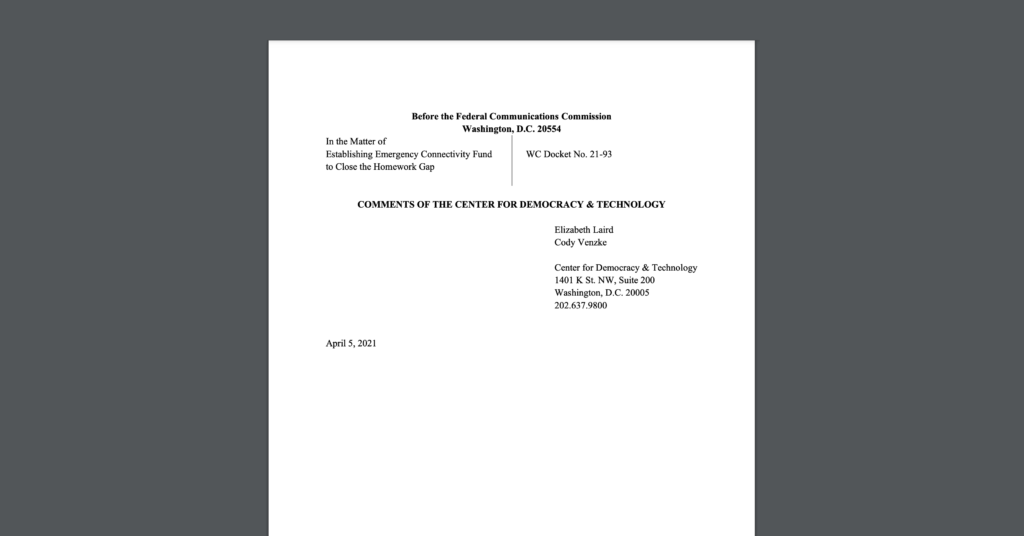 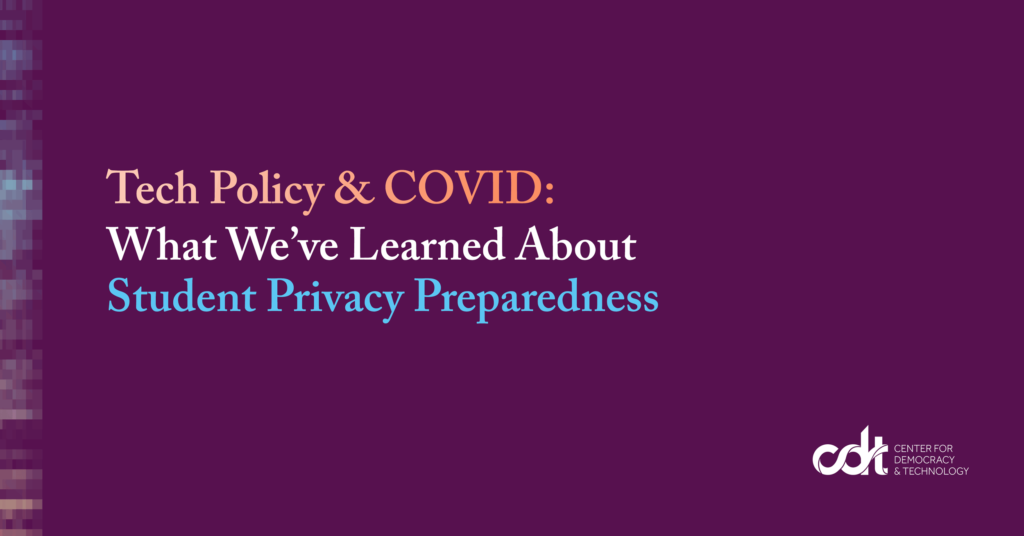