We, the undersigned human rights and civil liberties organizations, write to convey our significant concern with S.1693, the Stop Enabling Sex Traffickers Act (SESTA), which was introduced earlier this week. We appreciate and support the bill sponsors’ deep commitment to fighting human trafficking. But the approach of SESTA, to create substantial new federal and state criminal and civil liability for the Internet intermediaries that host third-party speech, will lead to increased censorship across the web and will discourage proactive efforts by intermediaries to identify and remove trafficking material from their services.

All online communication passes over the services of multiple intermediaries. These entities – including website operators, email providers, messaging services, search engines, access providers, and more – form the platform on which all online speech depends. These intermediaries in turn depend on protections from liability for the user-generated speech they host and transmit. Without this protection, intermediaries would face a potential lawsuit in each one of the thousands, millions, or even billions, of posts, images, and video uploaded to their services every day.

In the United States, Section 230 of the Communications Act has proven as important as the First Amendment in supporting freedom of speech online. Section 230’s comprehensive protections against liability under state law and federal civil statutes ensure that online intermediaries can host a diverse array of information, ideas, and opinions without facing the chilling effect of potential litigation. Section 230 also shields intermediaries from liability for the steps they take to moderate the speech on their services and guarantees that intermediaries can engage in “good Samaritan” blocking and filtering of objectionable content.

SESTA would undermine both of these key features of Section 230. The risk of federal and state criminal and civil liability for user speech would create an incredibly strong incentive for intermediaries to err on the side of caution and take down any speech that is flagged to them as potentially relating to trafficking. Moreover, the risk of liability would likely discourage intermediaries from engaging in good-faith efforts to screen or moderate content, since such review of content could create “actual knowledge” for the intermediary of potentially illegal content and trigger potential criminal and civil penalties.

Crucially, Section 230 does not, and has never, prevented intermediaries from facing federal criminal charges. Congress amended the federal criminal law against trafficking, 18 U.S.C. 1591, through the Stop Advertising Victims of Exploitation Act in 2015 and has enacted or renewed a number of other anti-trafficking laws over the past several years. Congress should pursue other avenues to combat this very serious issue and avoid eviscerating the statute that has served, for over 20 years, as the cornerstone for free speech online. 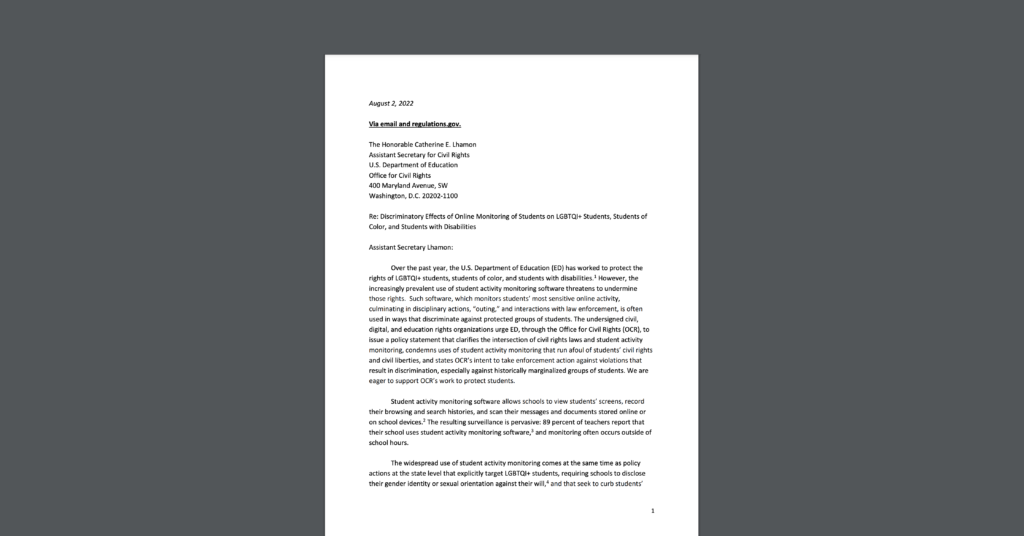