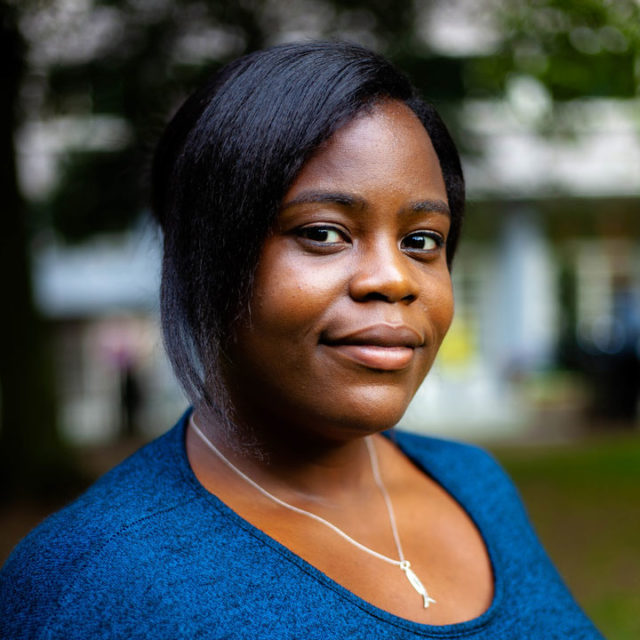 Asha Allen serves as Advocacy Director for Europe, Online Expression & Civic Space at CDT Europe Office in Brussels, where she leads our work on issues at the intersection of online expression, civic engagement, and technology. Asha’s work focuses on advocating for the preservation of fundamental rights in European Union/Regional legislation, and democratic accountability in industry content policies.

Asha came to CDT as an intersectional digital rights advocate, with an extensive background in combating online gender based violence, having worked on projects with the United Nations, Council of Europe and OSCE. She coordinated the #HerNetHerRights II campaign which aimed to increase women’s safety and participation online during the European elections. Reaching over 3 million people, she established herself as the leading policy expert in this field in Brussels.

Asha emerged into this area having worked as policy officer in the field of gender-based and domestic violence, and as an independent researcher, she has published analyses on the intersection between online discourse and the securitisation of migration, and the online facilitation of human trafficking. In her spare time, Asha is one of six women who front the Who Writes the Rules Campaign, which advocates for increased participation of women of colour in EU policy making and the tech industry.

Asha completed an internship in the European Parliament and holds a BA in American Studies and MA in Transnational Studies from the University of Kent. Alongside an MSc in European Studies from KU Leuven, where she specialised in transnational and global perspectives, international human rights law, and EU policy making.

See all from Asha