CDT is committed to protecting the open internet. This post is part of a series that explores the implications of FCC Chairman Ajit Pai’s proposal to roll back net neutrality protections.

Since it was first introduced to the broader public, people have struggled to define what the internet is. Many, like the late Senator Ted Stevens (R – AK), have described the internet as a physical concept, characterizing it as a series of tubes or pipes. Others have portrayed it as a content delivery system, or more specifically, as a “repository of all human knowledge and videos of goats singing Taylor Swift songs.” While it can certainly be defined by its infrastructure and by the services that it makes available to its users, both conceptions represent an incomplete portrait of the internet. As Professor Susan Crawford has noted, both perspectives overlook the connective aspects of the medium, which fosters innovation through greater communication.

The internet is an open platform designed to encourage free expression and spark the exchange of ideas. These ideas can be powerful, serving as a catalyst for revolution, helping to cure disease, and spurring economic growth. But it is the open and flat nature of the internet that allows for these ideas to develop and spread. The wires of the internet do not discriminate; they do not deliver data faster or slower based on the author or content. It is a democratic and egalitarian medium, where ideas compete on a level playing field for the consideration and acceptance of users.

This model of the internet relies on fundamental principles of net neutrality, enforced through government protections and the forces of a competitive marketplace. And in the absence of a competitive market for high speed broadband, the FCC instituted net neutrality protections through the 2015 Open Internet Order (OIO). But under the rules recently proposed by FCC Chairman Ajit Pai, users would be stripped of these safeguards. More specifically, Chairman Pai has suggested that bright-line protections to prevent blocking, throttling, and paid prioritization are unnecessary. In this piece, I’ll explain what this means for internet-based companies (also known as “edge providers”), internet service providers (ISPs), and internet users.

Broadly speaking, net neutrality rules are the protections that internet users have in their relationship with ISPs. In this context, the rules could be thought of as a Bill of Rights for users, enumerating fundamental individual rights that cannot be infringed upon by ISPs. As defined by the FCC, the three bright-line rules are as follows:

The case for restrictions against blocking and throttling is relatively straightforward. Both represent direct restraints on the free and open flow of data. Paid prioritization, on the other hand, would create “fast lanes” for larger companies who can afford to pay added fees to ISPs. It would allow these companies to gain improved access to consumers based not on the quality of their product, but on their financial relationship with the ISP. With the repeal of these safeguards, an ISP could exclusively channel communication through its own applications and limit access to non-favored content and services, effectively reducing the internet to a cable package where users are forced to pay a toll to the ISP for broader access to specific websites.

The use of these measures will only discourage innovation and stunt economic growth. By requiring payment, ISPs can make it harder for internet users and edge providers to develop, market, and access new ideas. And if the idea succeeds, the ISP will be able to levy taxes on the product, driving up costs for consumers. This both favors incumbents and stifles innovation. Ultimately, the result of a repeal of net neutrality protections would be a more limited and expensive experience for internet users and a more arduous and costly development process for internet-based companies.

However, both Chairman Pai and the ISPs claim that the protections are unnecessary. In the proposed rulemaking, the FCC claims that the protections were implemented “despite virtually no quantifiable evidence of consumer harm” and questioned whether it was still necessary to codify the restrictions. To help bolster the case, ISPs stressed that they “do not block, slow down, or discriminate against lawful content” and that reclassification of broadband service under Title II is inappropriate.

But these claims merit further scrutiny. First, while ISPs have tried to draw a distinction between Title II and net neutrality, they are essentially arguing that they support net neutrality but not the legal basis necessary to implement it. Without a Title II foundation, the FCC will not be able to implement strong net neutrality protections, likely leaving consumers with limited recourse for enforcement and relief when ISPs violate the rules. Second, contrary to the argument made by Chairman Pai, there are numerous examples of ISPs blocking and throttling content and services to consumers. With this in mind, a voluntary pledge to abide by these rules is not enough. A strong government watchdog is needed to provide oversight and protect consumers—a watchdog that will be absent under the terms of the proposed rulemaking.

In their push against the OIO, opponents of net neutrality described the bright-line protections as part of a burdensome regulatory regime. To stir partisan sentiment, Senator Ted Cruz (R – TX) even went so far as to call it “Obamacare for the Internet.” But the net neutrality safeguards simply preserve the environment that has allowed the internet to develop as an engine for societal change and economic growth. The protections are built upon the idea that innovation is primarily driven by users, coders, and engineers, not ISPs and telecommunications corporations. Without these principles in place, the internet will likely become a less open and less vibrant medium, reducing its value to users, internet-based companies, and ISPs alike.

With this in mind, CDT encourages you to make your voice heard through the FCC comment process [here, then click + Express] to help keep the bright-line rules in place. Stay tuned for our next piece, which will discuss the shift in consumer privacy oversight from the FCC to the FTC. 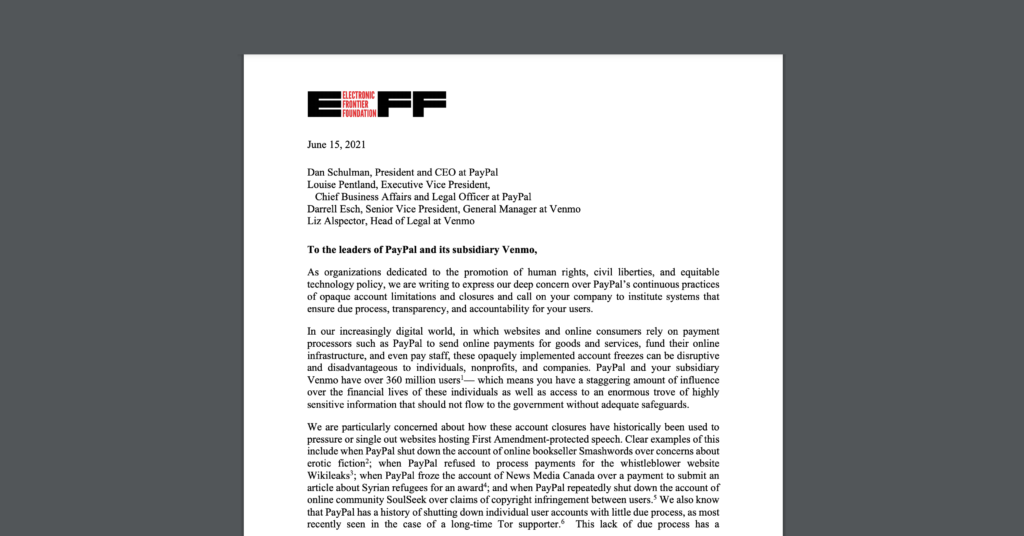