As the news focuses on negotiations over financial bailout legislation, congressional staff and Members who aren’t neck-deep in that issue are working behind the scenes to see if they can push other bills over the finish line before Congress leaves town to campaign. One bill that is now on its way to the President, after passing the Senate on Friday and the House on Sunday, is an intellectual property enforcement package called the “PRO IP Act” (S. 3325, sponsored by Sen. Patrick Leahy). The final bill represents an improvement over prior versions of I.P. enforcement legislation, but CDT still has some concerns about how certain provisions could play out in practice.

CDT believes that vigorous enforcement of existing copyright law (as well as other intellectual property law) is necessary and appropriate. And there is no question that computer technology and the Internet have created major new enforcement challenges.

Enforcement measures need to be carefully targeted, however, because overly broad or draconian approaches can threaten legitimate expression and innovation. Remember, the technology tools and trends that enable large scale infringement are the very same ones that are creating an exploding array of new opportunities for free expression, collaboration, civic discourse, and commerce. Rather than targeting technologies or providers of multipurpose online services, then, policy needs to focus on deterring and punishing the illegal use of those technologies and services.

Fortunately, the bill now awaiting the President’s signature does not include some troubling provisions that had been included in prior versions. For example, the House version of the measure originally had included language that could serve as a multiplier for statutory damages awards. But statutory damages are already plenty high, and that provision was abandoned earlier this year. The Senate bill had proposed providing new authority for the Attorney General to pursue civil enforcement cases. But the large penalties available under the Copyright Act and other I.P. laws provide plenty of incentive for rights holders to go after civil violators on their own via private lawsuits, which in turn enables the A.G. to focus its limited enforcement resources on offenses that rise to the criminal level. Opposition from Sen. Ron Wyden, bolstered by objections from the Administration, caused this provision to be removed just prior to Senate passage. Language to create a new division in DoJ dedicated to I.P. enforcement and to add a new definition of “trafficking” for DMCA anti-circumvention purposes likewise were considered at some point this Congress but not included in the final package.

Still, CDT has some questions about how the PRO IP Act will operate in practice. In particular, the civil forfeiture provisions allow for seizure of property “used in any manner or part to commit or facilitate” certain copyright or counterfeiting offenses. What happens when, in an Internet-based case, the alleged perpetrator houses infringing data on the servers of a third party online service provider — as may become more and more common as “cloud computing” catches on? Could the server be subject to forfeiture — even though it likely contains the lawful data of a great many legitimate customers in addition to the infringing material? Sen. Leahy, by including language calling on courts to issue appropriate protective orders, provided some protection against the privacy consequences that could result in the event of forfeiture of computer equipment holding multiple parties’ data. But the prospect that multipurpose computer equipment used by many parties could potentially be subject to forfeiture remains a concern.

The bill also creates an Intellectual Property Enforcement Coordinator in the Executive Office of the President. Coordination is all to the good, but it remains to be seen to what extent this new official will be sensitive to the need for appropriate balance in copyright policy. We would hope that this official would take seriously the risk that overbroad enforcement could chill legitimate expression and innovation, and would not serve merely as a highly-placed voice for an exaggerated or one-sided view of tricky copyright questions. CDT would have liked to see the bill expressly direct the IPEC to consider the costs of enforcement policies as well as the benefits.

CDT hopes that enactment of the bill won’t actually lead to forfeiture actions targeting Internet intermediaries, nor to federal I.P. enforcement policies that ignore the potential effects on parties other than rights holders. But the possibility is there, so it sure would have been nice to see some safeguards in the bill. 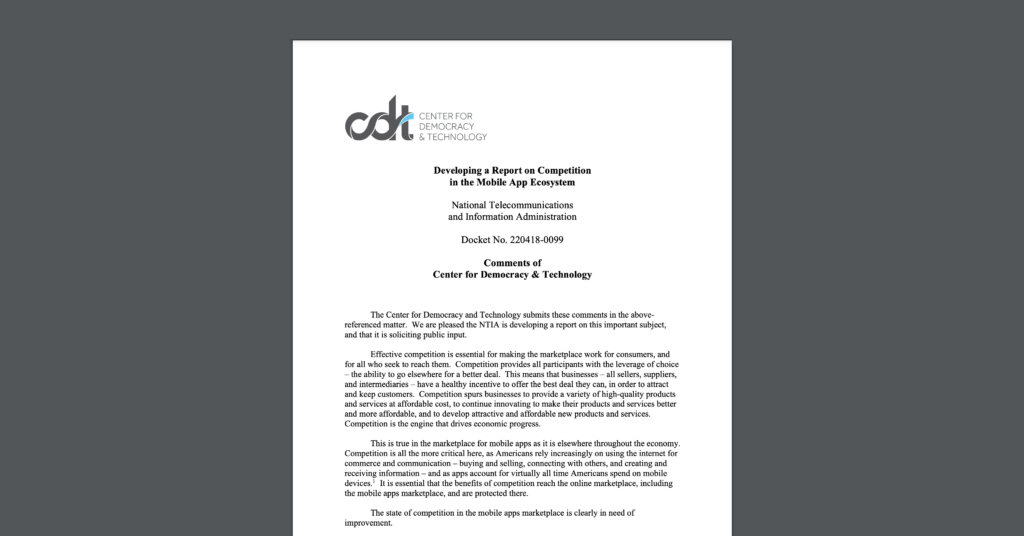 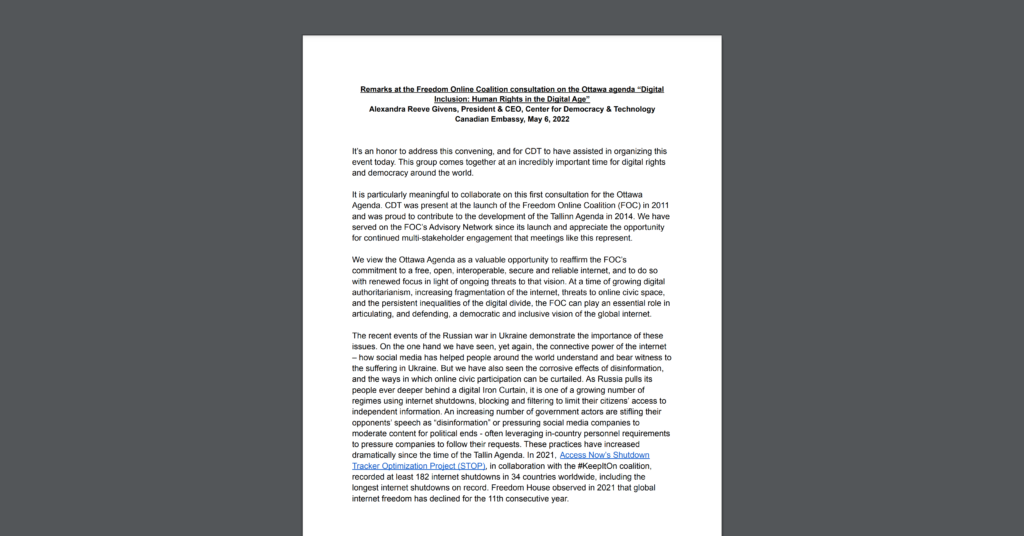