When I was in high school, I applied for dozens of jobs at the local mall and in surrounding stores. At least half the time, a quick online job application would be followed by a personality test. These tests invariably looked just like the online quizzes my friends and I took to see what movie star, Star Wars character, or rock band we were most like. The only difference was that, instead of receiving results in a fun graphic ready-made to share on social media, I never learned what my results were, what the test was evaluating, or even whether a human reviewer had a chance to see how I scored.

After four years of applying to one retail or office assistant job after another, filling in answers to personality test questions that started to sound the same, I still hadn’t gotten hired anywhere. I have no way of knowing for sure whether my answers to those personality tests screened me out, but I can’t help but wonder.

CDT’s new report on AI hiring and disability discrimination explores many types of personality tests and other hiring assessments – some much more sophisticated than the simple quizzes I had to take – that can disproportionately screen out people with disabilities. At the report’s core is the question of what these tests are actually measuring: whether they are scoring candidates on their ability to perform the essential functions of the job, including with reasonable disability accommodations if needed – the legal standard all employers must meet. Too often, it appears that tests are simply comparing candidates to existing (predominantly) nondisabled employees using loose metrics. Some personality tests may even functionally identify people with mental disabilities, in direct violation of the Americans with Disabilities Act’s prohibition on medical exams as a condition of hiring.

Some personality tests purport to measure a job candidate’s optimism or positivity, for instance, which is a personality trait wholly unrelated to the performance of the vast majority of jobs. Do you have to be optimistic to stock shelves at Best Buy or file papers away in an office? Must one have a positive attitude to successfully ring customers up at the cash register or complete a data entry project?

Optimism and positivity are also personality traits for which I’d undoubtedly score low, as a person who has depression and anxiety and who has survived trauma – all of which are disabilities. Making matters worse, many disabilities like anxiety, depression, and trauma are also more prevalent in other marginalized communities, including among people of color, the LGBTQIA+ community, and low-income communities.

Other personality tests purport to measure personal or emotional stability, or, as some vendors describe it, the “ability to cope under pressure.” This trait may seem to have some utility or relationship to at least some types of jobs. For instance, someone applying to work as an EMT, helicopter pilot, race car pit crew member, or elementary school teacher should probably be able to cope in a high-pressure environment. But many jobs – whether minimum wage jobs like the ones I applied for in high school, or professional-class, white collar jobs – do not (or should not) routinely subject people to high-pressure environments.

Tests that measure extroversion and introversion

Personality tests may seek to measure candidates’ extroversion, which could result in me failing to advance to a human review because of my introversion. Other disabled people, especially many people of color with depression or anxiety, could also score low on extroversion. We are often expected to hide the ways in which we might be perceived as intimidating or unlikeable to white people based on how we speak, what we eat, or how we dress. This is especially true for Black women, who can fear being labeled intimidating or angry for the same personality traits that might be perceived as non-threatening extroversion in white people.

Should it matter whether I am extroverted or introverted as a policy counsel, so long as I am able to perform the essential functions of my job? Does the ability to conduct legal and policy research truly require extroversion? I’d argue that not even the need to participate in coalition meetings requires extroversion – plenty of introverts can excel in groups and in leadership roles. Yet like many other autistic people and people with anxiety, I am quite introverted despite enjoying working with others.

Personality tests may measure candidates’ intensity, where I’d either pass with flying colors as highly passionate, or fail because as a neurodivergent person, I express my level of interest or engagement differently than nondisabled people.

Many neurodivergent people, particularly autistic people, people with bipolar, and people with ADD, have expressed lifelong frustration with being labeled “too intense” or “too much.” If employers ask vendors to screen out candidates who test as overly intense, they’ll screen out many people like me.

Yet if they ask vendors to screen out candidates who test as insufficiently intense, they may inadvertently screen out many other neurodivergent people, such as survivors of trauma who dissociate as a coping mechanism or people with depression who come across as numbed and distant.

Employers often turn to personality testing because they believe it can boost performance and increase the likelihood of hiring a candidate who will fit well with an existing team. But as an openly queer, trans, and disabled person of color, I know all too well that tests of fit often result in discrimination.

The future of work will increasingly feature more sophisticated uses of hiring algorithms – but we have to urge employers and vendors to consider the widespread and lasting harms of tools that systematically exclude disabled people like me without ever actually measuring job-related traits. 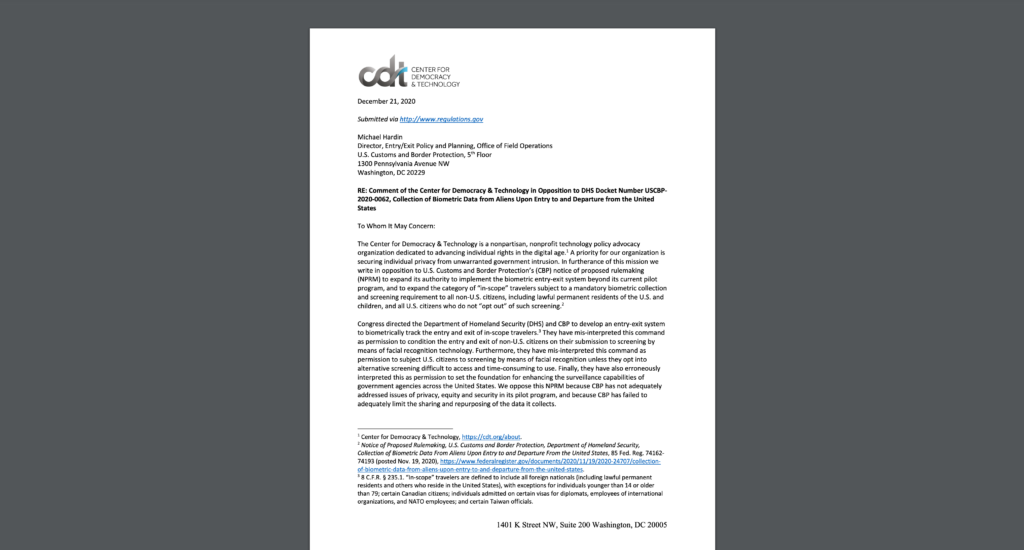