Recent proposals from several countries urging the mandatory adoption of technical standards are dangerous and misguided.

Underscoring that view is today’s launch of “OpenStand,” an initiative supporting a commitment to open, voluntary technical standards for the Internet.  CDT welcomes the OpenStand paradigm.  Today we also released a paper detailing how technical standardization works and why proposals for the mandatory use of Internet standards developed in the International Telecommunication Union (ITU) are cause for grave concern. 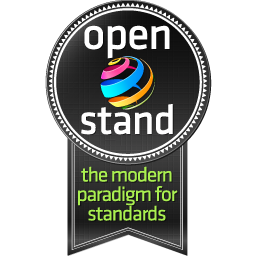 Our digital world turns on technical standards. Emails composed on a Microsoft Windows computer can be easily read on an Apple laptop or iPhone. Websites created by an incredible diversity of companies and organizations – Twitter.com, Wikipedia.org, BBC.co.uk, and millions more – are easily viewed in web browsers made by Google or Mozilla. This ability to communicate between technologies developed by different companies exists because standards provide the language that allows computers and software to talk to each other.

OpenStand is the product of five of the world’s leading technical Internet organizations — IEEE, the Internet Architecture Board (IAB), the Internet Engineering Task Force (IETF), the Internet Society, and the World Wide Web Consortium (W3C).  These organizations have produced many of the most fundamental standards on which all Internet communications rely, including Internet Protocol (IP), HTTP, and HTML. OpenStand is a set of principles built on a model of open processes that supports transparency, consensus, and the participation of all interested parties.

While the standards organizations making today’s announcement have been operating under these principles for many years, OpenStand demonstrates a continued commitment by these groups to the voluntary, bottom-up processes that have made existing standards the foundation of the Internet’s success as a platform for communications and commerce.

Unfortunately, the OpenStand paradigm is under serious threat. In December, the ITU will convene the World Conference on International Telecommunications (WCIT), a meeting of the world’s governments to decide whether and how the ITU should regulate the Internet. In advance of that meeting, several countries have proposed that the technical standards the ITU produces – known as “ITU-T Recommendations” – become mandatory for Internet technology companies and network operators to build into their products. Russia and a number of Middle Eastern countries are among the primary proponents.

If adopted, these proposals would jeopardize the Internet’s core principles of openness and free expression, threaten the growth and stability of the network, and sap the Internet’s economic vitality. Having governments – the only formal decision-making members of the ITU – decide which standards technology companies must build into their products would upend the existing process of technological development on the Internet. Those with the most intimate knowledge of technology would be cut out of the loop for technological decision making, replacing them with government officials who do not write software, run networks, or build computers.

Making ITU-T Recommendations mandatory, while all other standards remain voluntary, would skew technology development in favor of largely unused specifications of questionable technical merit. They “have long ceased to have relevance,” as one industry expert has explained.

Having the ITU-T Recommendations become mandatory could also cause the ITU to become a magnet for standardization proposals that undermine freedom of expression, privacy, and other civil liberties. Knowing that ITU standards would become mandatory, some governments may step up their efforts to have standards adopted that would increase network-based surveillance capability, create backdoors in existing encryption systems, embed identity information in all communications, or introduce other functionality that would threaten the Internet’s ability to support free expression and private communication.

Because the ITU standardization process is generally opaque to civil society, the ability for civil society advocates to challenge such proposals and have a real impact on their outcome would be extremely limited.

Today’s announcement of support for the OpenStand paradigm provides an important counterweight to mandatory standards proposals, but there is more work to be done. The paper we released today provides details about how technical standardization works and the danger of mandatory ITU standards. Those concerned about these proposals should take action:

•    Press national governments to oppose mandatory ITU standards.  Civil society, Internet users, and other parties concerned about the future of the Internet should explain to their national ITU delegations that mandatory standards proposals would represent a major departure from the existing paradigm of Internet standardization and that these proposals would endanger the future of the Internet as an open, innovative platform.