We read about hacks into major companies’ data banks seemingly every few months. The most recent high profile breach exposed health data on as many as 80 million Americans. Despite the prevalence of data breaches, however, federal law does not always provide legal recourse against companies whose poor security or breach notification procedures led to or exacerbate the effects of a breach. The latest legislative effort to address these issues is the Data Security and Breach Notification Act of 2015. The draft is scheduled for hearing before the House Energy & Commerce committee tomorrow.

The bill is a bipartisan effort led by Congresswoman Marsha Blackburn and Congressman Peter Welch, and is intended to replace the existing patchwork of state and federal data security and breach notification laws. There are currently 47 state data breach laws.  Although there is no federal data breach standard, some federal privacy laws include data breach provisions, including the Health Insurance Portability and Accountability Act (HIPAA) and the Gramm-Leach-Bliley Act (GLB). Additionally, the FTC Act and Communications Act include security and breach notification requirements for certain data. CDT has previously outlined what should be included in a federal data breach law.

In order to advance consumer protections beyond the status quo, any national standard should offer consumers greater protections than existing state and federal laws

Welch and Blackburn are among a number of legislators who introduced federal data breach bills in 2015. There are aspects of the Data Security and Breach Notification Act that we like: for example, the draft bill would implement a “notify unless” standard and requires automatic notification to the FTC if the number of individuals impacted by the breach exceeds 10,000 (although it is debatable whether this number should be lower). However, in order to advance consumer protections beyond the status quo, any national standard should offer consumers greater protections than existing state and federal laws. The Data Security and Breach Notification Act must be augmented in key respects in order to achieve this goal:

These changes will significantly strengthen the current bill and help ensure that the federal standard enhances consumer protections. We are encouraged by Congressman Welch’s efforts to work with consumer advocates to improve the draft and look forward to assisting this effort in the weeks to come. 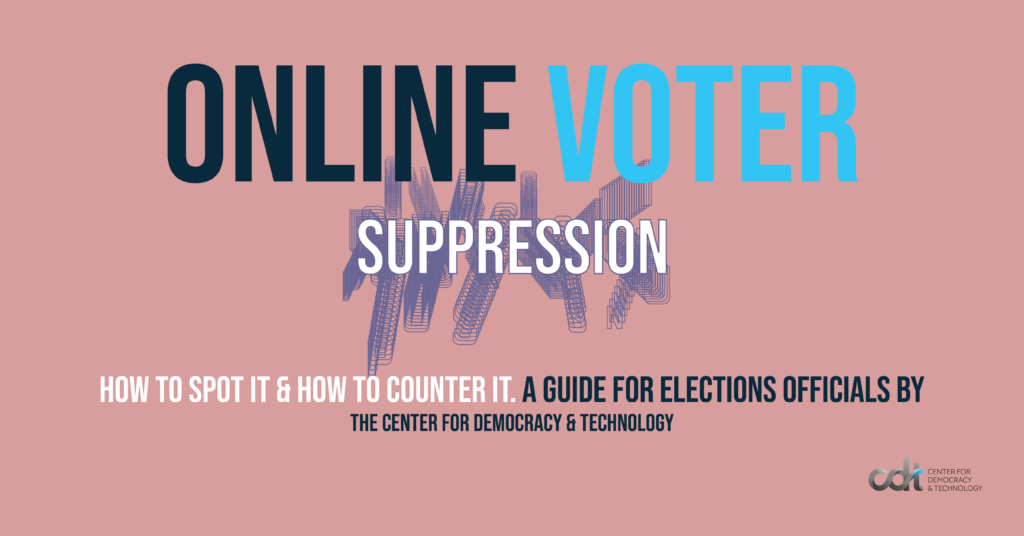 Online Voter Suppression: A Guide for Election Officials on How to Spot & Counter