This post is part of our ‘Shielding the Messengers’ series, which examines issues related to intermediary liability protections, both in the U.S. and globally. Without these protections, the Internet as we know it today – a platform where diverse content and free expression thrive – would not exist.

Online free expression took a hit in the United Kingdom last week when a court ruled that Google may be held liable for defamatory comments made on its Blogger platform. The court’s final position in Payam Tamiz v Google Inc. is that online providers can be held liable if they don’t quickly take down material that’s alleged to be defamatory, which opens the door for increased intermediary liability under UK law. At the same time, a new bill is being considered in Parliament that might help provide new protections for online intermediaries. However, language in the bill suggests that it may be at the cost of Internet users‘ ability to speak anonymously online.

The Court of Appeal in the Tamiz case ultimately ruled in Google’s favor because of a lack of evidence about how many people had read the offending blog comments, but there is still reason to be concerned. Contrary to previous rulings, the Court determined that once a content platform like Google has been notified of allegedly offending material, it becomes a “publisher by acquiescence” and may be held liable for failing to remove the content. The court ruling is based on an interpretation of the UK Defamation Act of 1996, which only waives liability for an intermediary if it “did not know, and had no reason to believe, that what [it] did caused or contributed to the publication of a defamatory statement.” This is a very different approach from the US framework under “Section 230” of the Communications Act, which gives broad protection for intermediaries in a range of legal circumstances, including defamation.

As readers of this blog know well, there are serious consequences to exposing online intermediaries to potential liability for user-generated content or otherwise forcing them to take up gatekeeping responsibilities. In an attempt to reduce risk, companies will likely err on the side of removal, taking down questionable but lawful content to the detriment of free expression. Furthermore, widespread content screening by platform operators may lead users to self-censor due to concerns about surveillance and privacy.

Even if it was technically feasible for platforms to police all content moving through a system, gatekeeping obligations create a massive burden for companies. Entrepreneurs and startups may shy away from allowing any third-party content, discouraging innovation in the field.

The risks of content removal, self-censure or content policing are particularly acute in defamation cases, where legal and factual analysis is necessary to determine whether a given statement actually breaks the law. Currently, these risks are exacerbated in the UK by a “plaintiff-friendly” approach to defamation cases. The new bill pending before the Parliament may change the UK’s stance, but not entirely to the benefit of free expression. While the bill’s fate is unclear—its prospects are fading in light of new amendments —it is worth examining the bill’s potential impact. On the positive side, it would add truth as a defense to defamation claims and take steps to limit “libel tourism” (in which plaintiffs around the world bring their defamation claims in the UK because of friendly laws there.)

The bill also appears at first glance to include liability protection for website operators, but there is a troubling caveat. Protection is only guaranteed when the identity of the poster is readily available to the complainant. This means that content posted anonymously could still lead to operator liability under the same theory as in Tamiz v. Google. So while it is encouraging in general to see consideration of intermediary liability protection, it is very troubling to see protection crafted to disfavor anonymous online expression. CDT believes such protections must be enacted broadly, without pressuring platform operators to eliminate Internet users’ ability speak anonymously.

Especially in light of the Tamiz decision, it’s clear that new, strong intermediary liability protections are necessary to protect online free expression in the UK. But the UK’s citizens shouldn’t have to pay for those protections by surrendering the right to speak on the Internet without identifying themselves. 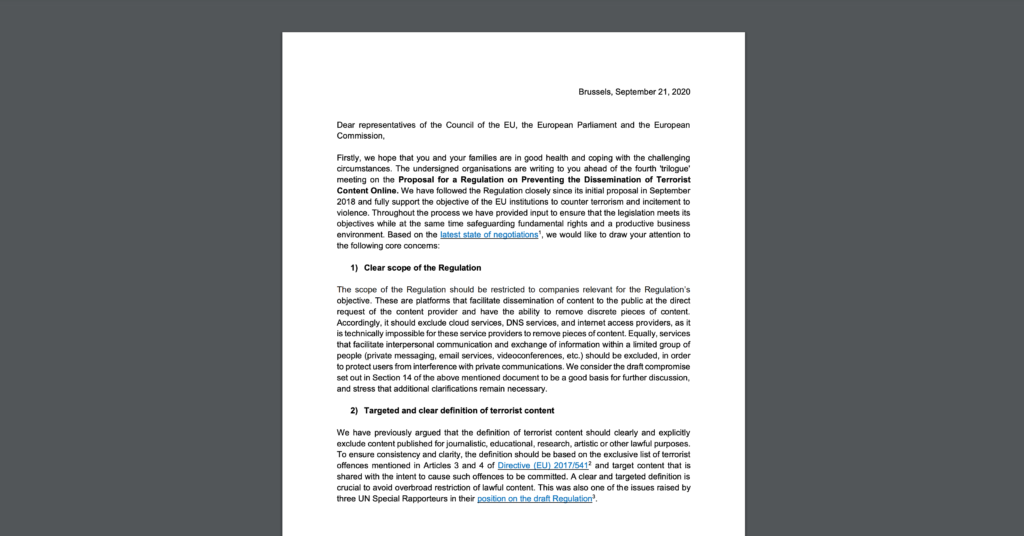