The Centre for Democracy & Technology Europe (CDTE) welcomed the opportunity to comment on the proposed Digital Services Act as part of the European Commission’s feedback collection procedure. The proposal includes a number of key elements of rights-protecting online content regulation, such as the Good Samaritan Principle, the prohibition against general monitoring obligations, and certain provisions increasing transparency over algorithms and online advertising. CDT Europe is concerned, however, that a number of these elements are inadvertently undermined by other provisions.

For more analysis of the Digital Services Act, read CDT’s response to the European Commission’s public consultation from September 2020, and CDT’s press release following the publication of the legislative proposal in December 2020. For future updates don’t forget to subscribe to our EU newsletter. 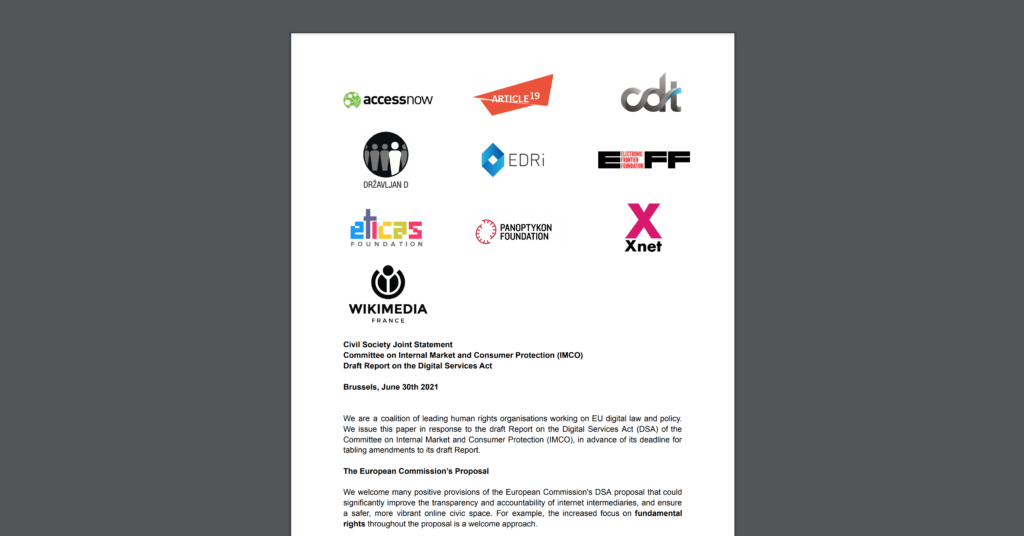