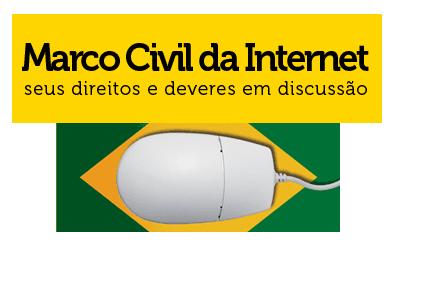 A modified version of this post originally appeared on Global Voices Advocacy.

Tomorrow, a special committee in Brazil’s Congress will vote on the Marco Civil da Internet, a “bill of rights” for Internet users. If passed, the law would represent a paramount advance in country’s digital policymaking agenda.

The Marco Civil da Internet, or Civil Regulatory Framework for the Internet, establishes a clear set of rights and responsibilities for users, sets strong net neutrality principles, and shields Internet intermediaries from liability for illegal content posted by users. Pedro Paranaguá, an Internet policy advisor for Brazil’s House of Representatives, has a detailed archive of the law’s legislative history on his blog.

Unlike Internet-related laws addressing piracy or copyright infringement, the Marco Civil is not a criminal law, but a civil one. Rather than framing digital policy as a matter of criminal violations, it puts forth a clear set of rights for users and aims to balance these with the interests of online companies and law enforcement. The Marco Civil is also strategically deft in this regard: by establishing user rights and responsibilities forthright, the law aims to guarantee that these interests will be protected if laws addressing online crime and copyright infringement are introduced in the future.

The Marco Civil is also unique in that it was developed in a highly participatory style. Lawmakers were not the only entities involved in drafting the law–academic experts, civil society groups, and Internet users had a critical role in developing the law’s text as well. Lawmakers partnered with scholars at Fundacão Getulio Vargas (FGV), the country’s leading social science research institution, to draft the preliminary text for the law. It was then posted for an open online consultation where all Brazilians were invited to comment and make suggestions for the bill through Cultura Digital, a website created by Brazil’s Ministry of Culture. The process reflected a potent vision for Internet policymaking, one in which all individuals who hold stake in the social and technological power and the functioning of the Internet can have a say in how it is governed.

Over the past decade, Brazil has pioneered a digital policymaking approach that many countries have looked to as a model for promoting innovation and openness online. During the administration of Ignacio “Lula” da Silva, Minister of Culture and acclaimed musician Gilberto Gil developed a policy agenda that focused on increasing Internet access and digital education for all Brazilians.

Advocates are urging Brazil’s Congress to vote in favor of the Marco Civil, the passage of which would make Brazil a global and regional leader for progressive Internet policy and a model that many countries may look to as they develop their digital agendas. This week, CDT joined international partners at FGV, Derechos Digitales in Chile, India’s Centre for Internet and Society, and Consumers International by signing a letter in support of the bill that will be presented to Congress prior to tomorrow’s vote.

Brazil-based groups including the Centro da Tecnologia e Sociedade [pt] at FGV; Mega Não [pt], an online advocacy initiative promoting Internet openness; and MegaSim [pt], a blog that promotes progressive cultural policy for the digital age all offer more information about the law and its development.