Traveling by air is a process to be endured rather than enjoyed. Between the TSA security theater, complicated fee structures, delays or cancellations, and closely packed seats (which are causing a lot of trouble lately) it’s not surprising that the best travel experiences will get mediocre reviews (“Nothing was delayed!”). Airlines have long complained about low margins, but their recent reports indicate record profits. As to the source of this success, Chris Elliott of the Washington Post recently theorized that mining and selling passenger data might have added a rich profit stream. There are a few ways that data could be monetized: more finely targeted price discrimination, selling data to third-party marketers, and/or using data on passenger behavior to more effectively market on-board amenities.

There is some debate on the extent to which airlines currently use data about you to determine the price of your ticket. Some have speculated that airlines currently use data like an individual’s search history or user agent (browser) to tailor prices for individuals. However, emerging research indicates that there is no discernible trend based on profiles of searchers.

Thanks to the Department of Transportation’s recent approval of Resolution 787, big changes are on the horizon for passenger data.

But thanks to the Department of Transportation’s recent approval of Resolution 787, big changes are on the horizon for passenger data. Resolution 787 will allow the International Air Transport Association (IATA), an airline trade association, to develop and market the New Distribution Capability (NDC), which allows airlines to switch to an Extensible Mark-Up Language (XML) in order to standardize booking data and process queries faster. Probably the biggest impact will be on third-party sites like Kayak. Using an XML language will allow aggregators to display more sophisticated and accurate results by producing real-time data. For example, you might be able to indicate that you are going to check a bag on this flight and then see results that would include that cost upfront, making comparison-shopping easier.

However, there is also a greater potential for tracking technologies in this language. Passengers may also be encouraged to enter personal information, like rewards programs memberships, before searching to get more personalized results. The Washington Post reported that this will, “allow an airline to collect personal information such as your address, birthday and frequent-flier information and offer you a special or custom fare based on what it knows about you.” The Department of Transportation, responding to consumer advocates, did add language to the resolution requiring that anonymous searching remain available, however there is no guarantee that those users will see the same prices.

Some advocates raised concerns that the resolution provided insufficient regulation of passengers’ personal data, including how it will be used to determine personalized ticket prices. Ticket pricing is a notoriously obscure process and it’s likely that everyone on the plane paid a different price for his or her seat, so it’s not clear how much personalization of fares based on data would matter to people. Then again, Amazon took some heat for a dynamic pricing scheme in 2000 and consumer sentiment likely hasn’t changed much since then.

The Airline Industry Might Already Be Selling Your Data

Airlines might be making money by selling personal information to third-party marketers. The process of flying requires individuals to give up a lot of contact information as well as inadvertently reveal other potentially useful metrics like their gender and preferences for travel destinations. This kind of information is valuable to marketers looking to tap a potentially lucrative market with tailored offers based on your travel patterns. For example, imagine a marketer notices that a woman in her 50’s suddenly increases her trips to a remote part of the country. Maybe this would indicate that she is visiting a sick relative, triggering an algorithm to serve ads for funeral homes. These kinds of tone-deaf connections have long been a consequence of behavioral advertising, and adding travel data to the pot increases the potential for harmful inferences. It is not clear the extent to which airlines are currently monetizing passenger data, but the largest carriers in the US all reserve the right to share or sell passenger data in their privacy policies.

“We have a system that can tell you who the top five customers are in the cabin.”

Airlines are beginning to mine data for insights that might improve their sale of onboard amenities. And some airlines have been openly discussing their plans to expand programs to collect and use data to enhance the flying experience. Representatives have mentioned wanting to track metrics like “customer preferences (and) previous travel experiences,” with a particular airline. One of the analytics companies that contracts with three airlines mentioned that they can already let airlines know who the high rollers are on any given flight.

Senator Jay Rockefeller is digging deeper into use of passenger data (among other things) and asking airlines to provide information on how they collect personal information from consumers, how long they retain the information, whether they share or sell it, and if their passengers have any way to access the data. In a letter announcing his inquiry, Senator Rockefeller stated, “Currently, there is no federal privacy law that covers the collection, use, and disclosure of consumer travel information.  Because of this gap in federal law, consumer advocates have expressed concern that airline privacy policies can contain substantial caveats and that it is difficult for consumers to learn what information airlines and others in the travel sector are collecting, keeping, and sharing about them.” It will be interesting to see the result of this inquiry, which will ideally allow us to better understand how much of the airlines’ revenue is the result of selling passenger data to marketers. In the meantime, there are a few scenarios that would clearly raise objections from consumer protection and privacy groups.

What if the airlines also use their personalization tools to charge you more for in-flight amenities?

While some passengers may enjoy perks of personalization, what if the airlines also use their personalization tools to identify that you are a particularly difficult passenger and charge you more for in-flight amenities? (Rating customers seems to be an emerging trend in big data—earlier this summer it was revealed that Uber has secret ratings of its customers and they likely aren’t alone.) What if the person who is being charged more is a child (notoriously ornery travelers) or a single mother? What if insurance companies buy rosters of individualized location data to use as evidence in questioning their customer’s whereabouts while processing claims? Could airlines and third-parties (like airport stores) use this data to target infrequent or new travelers with offers that savvier passengers easily ignore, such as trip insurance?

At the very least, we hope that Senator Rockefeller’s inquiry will result in increased calls for transparency and an opt-out mechanism for passengers who do not want their travel logs to be used by marketers or other third-party companies. We’ve observed a trend in other segments of the data-economy toward competing on privacy, particularly in the health data space. For example, Apple recently announced it would prohibit personal data collected through the HealthKit platform from being sold to data brokers or advertising companies. Hopefully this kind of pro-privacy market pressure will also influence the airline industry and discourage putting a price on anonymous browsing/purchasing of flights. 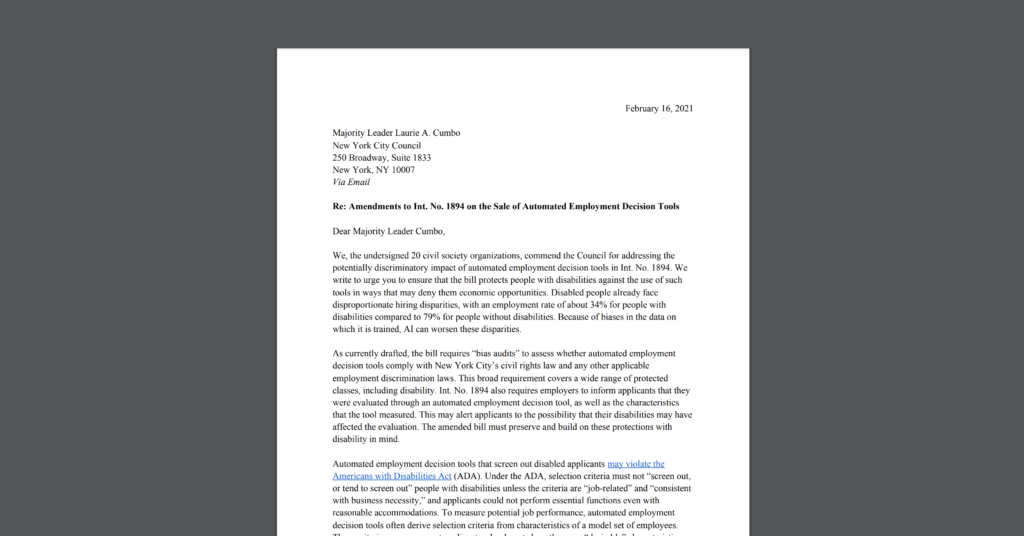 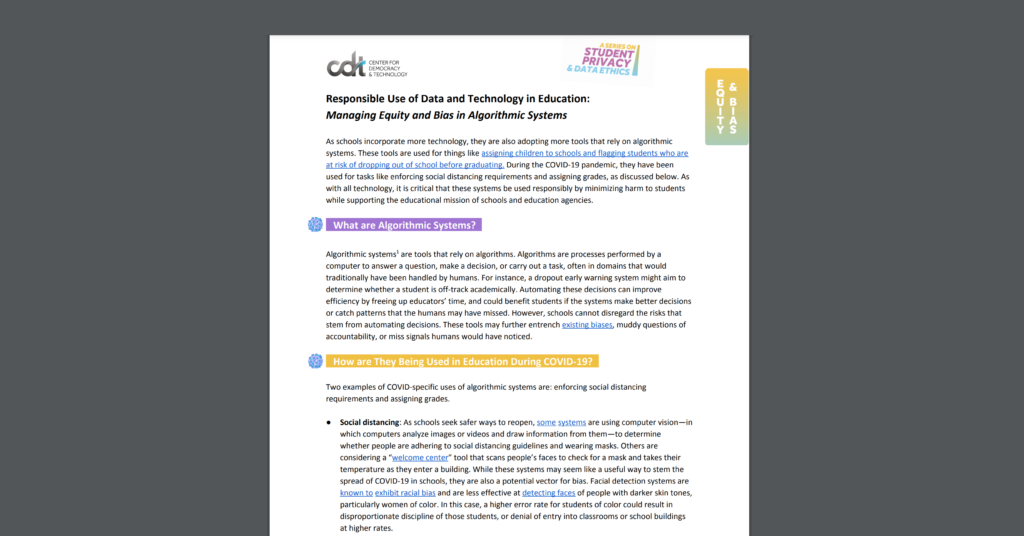 Responsible Use of Data and Technology in Education: Managing Equity and Bias in Algorithmic Systems